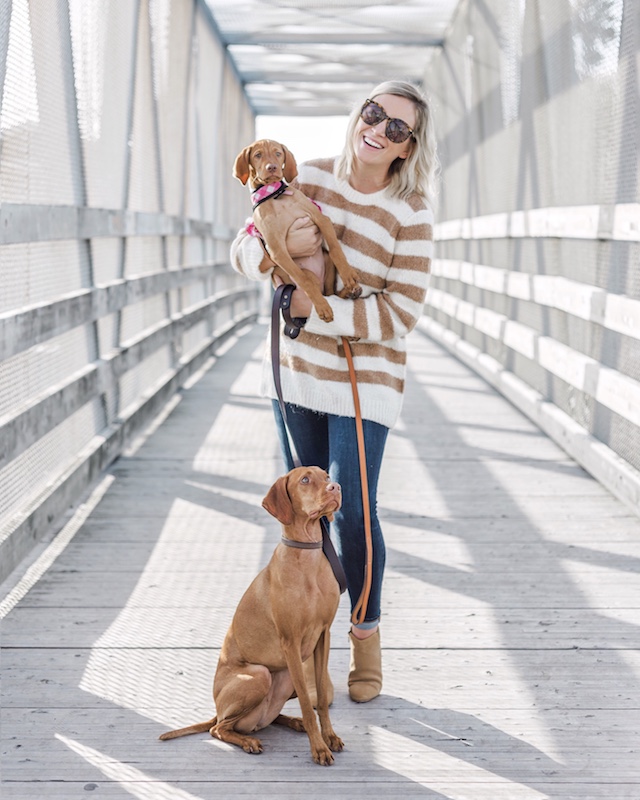 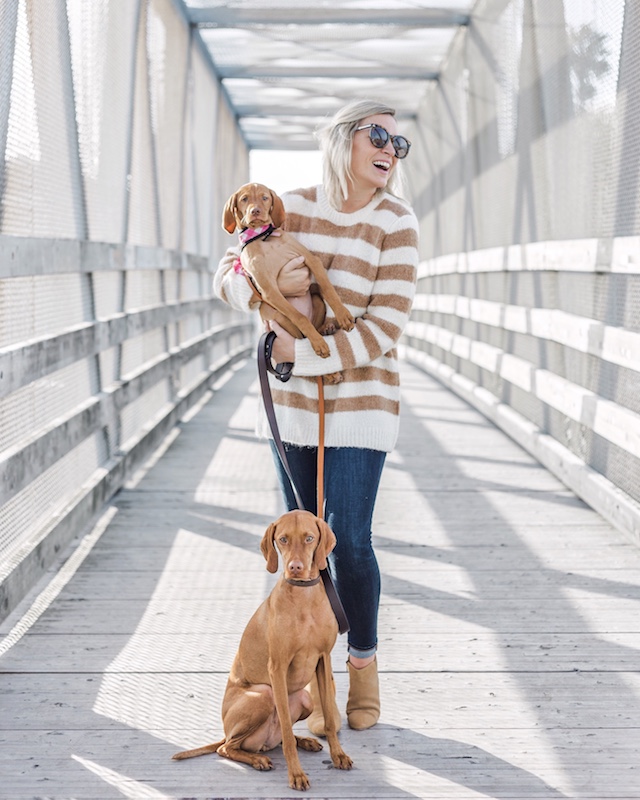 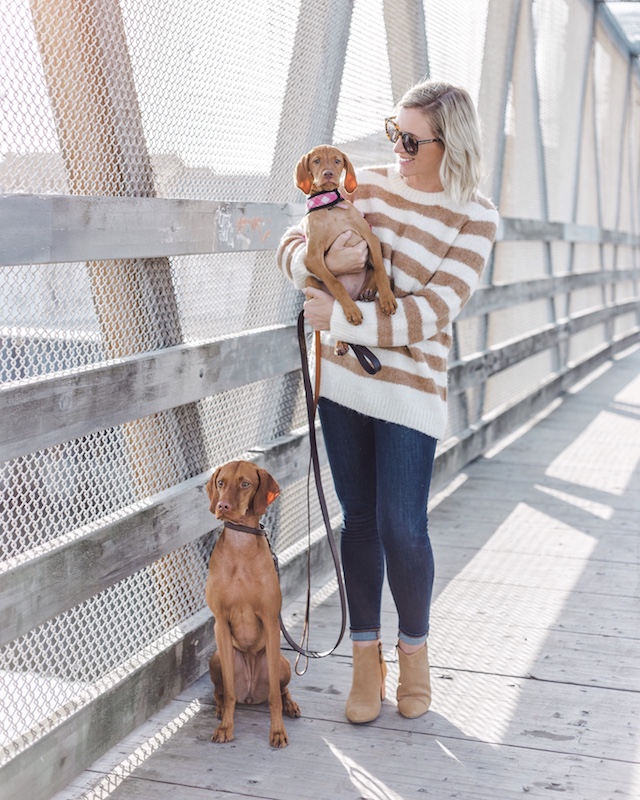 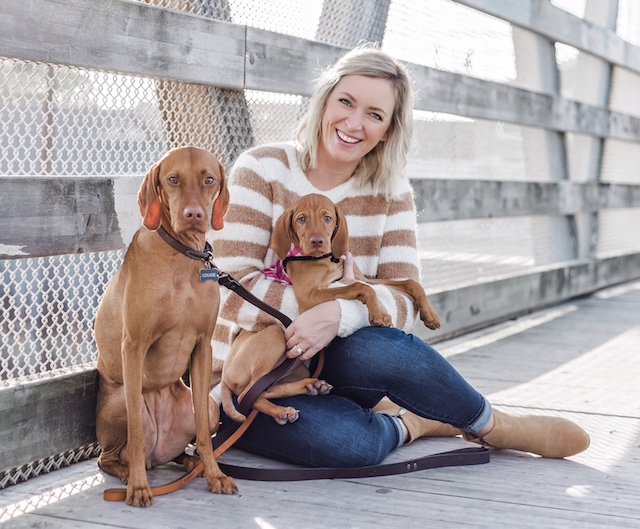 She joined us just about a month ago, and now that the holiday whirlwind is behind us, I wanted to formally introduce the newest little fur baby in our household.  Meet Wilma!  That’s right, I’ve completely lost my mind.  Two dogs.  Anyone who knows me knows that the first pup nearly drove me insane (Remember wayyyyy back here when I shared a little pup-date on baby Weeze?), and now I suppose I’ve really done it.

While Weeze’s wild baby Vizsla phase nearly killed me, we had finally gotten into the easy breezy swing of things around here.  A three-mile walk every day and plenty of snuggles, and Weeze and I were two happy campers.  So let’s add a wild new one to the bunch, shall we?  To be fair, we knew we eventually wanted to add a second dog to the fam but decided to speed things up for Weeze’s biological sister.  (Yep, they’ve got the same furry parents.)

I’d say that the best decision we made was to have the pups meet at the breeder’s house, on neutral territory.  So in December before Eric and I headed off to Jackson Hole, we dropped Weeze off with her trainer slash breeder to hang out with Wilma for a couple of weeks before bringing them home together.  The gals came home right before Christmas, and y’all, look at these two little nuggets on their first night home together.  And then one week in during a nap together – melt my heart!

While the sleepy times and cute cuddly photos are pretty adorable, trust me when I say it’s been a wild ride this last month.  I’ve had lots of messages asking if it’s way harder with two pups (especially from fellow Vizsla parents), and the answer is a little bit yes and mostly no.  (As I type this, the rambunctious gremlins are WWE wrestling on my damn Pottery Barn couch, so you know, maybe the jury is still out.)

Personality-wise, they are so very different, and I’ll start off by saying it – Wilma is WILD, y’all.  So wild.  Eric and I call her “Bonkers” in the morning because girlfriend thinks it’s party time as soon as she breaks free from her crate.  She is constantly hungry and on occasion can be found pounding her little paw in an empty food bowl while staring me down.  I’m not even kidding.  (In those moments, we refer to her as The Hoss.)  In general though, she is just so sweet.  Her tail is ALWAYS wagging, and she runs and greets every single person with so much love and excitement.

Overall, the puppy phase this time around has definitely been a bit easier.  (So far, knock on wood, please, sweet Jesus tell me this is good puppy karma or something.)  It really is true what they say – monkey see, monkey do.  Wilma wants nothing more than to follow Weeze around all day and do every single thing her big sister is doing (including going to the bathroom OUTSIDE for the most part – glorious).  And Weeze in turn has been very…patient.  Luckily they get along amazingly during the day, but when Weeze gets a little too tired and old lady crabby, we try to keep little Bonkers away.

Do they make me crazy running around like banshees barking and playing in the house?  One hund-o percent.  But is it all pretty worth it once they’ve worn each other out and are both trying to squeeze up closer to me on the couch at night?  Yeppers.  And so, here goes another wild day with these two furry fools – hoping yours is just as fun. 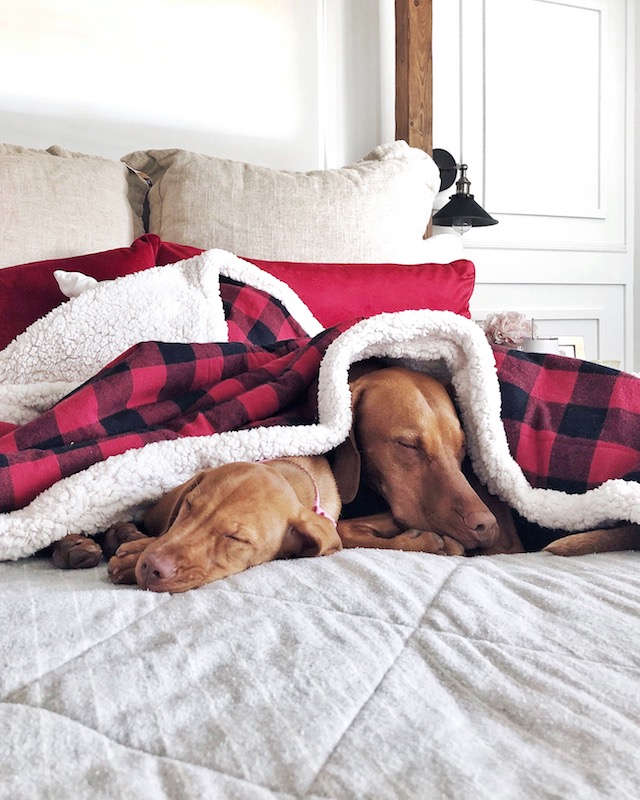 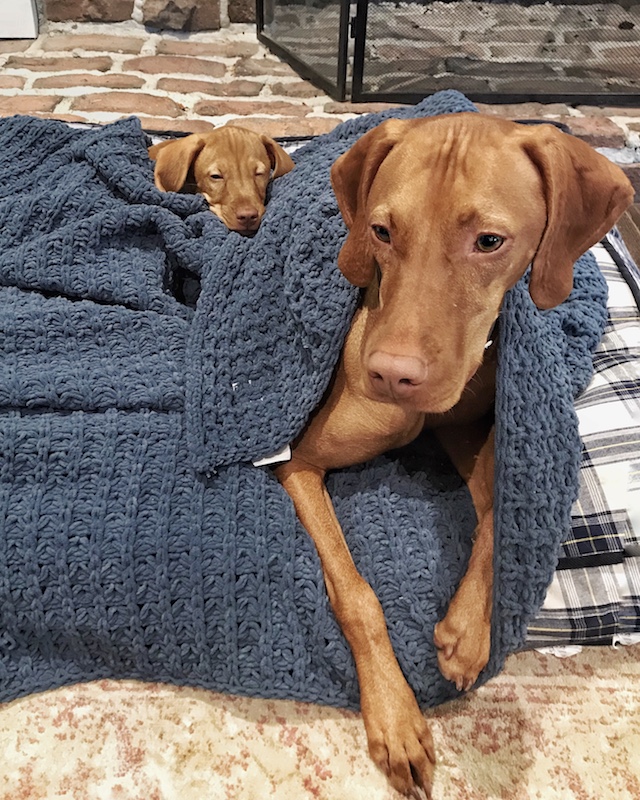 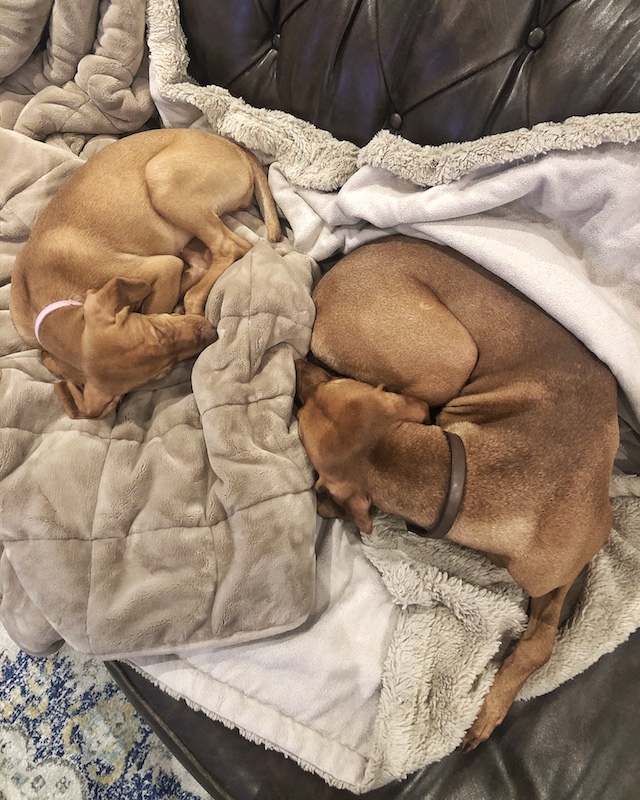 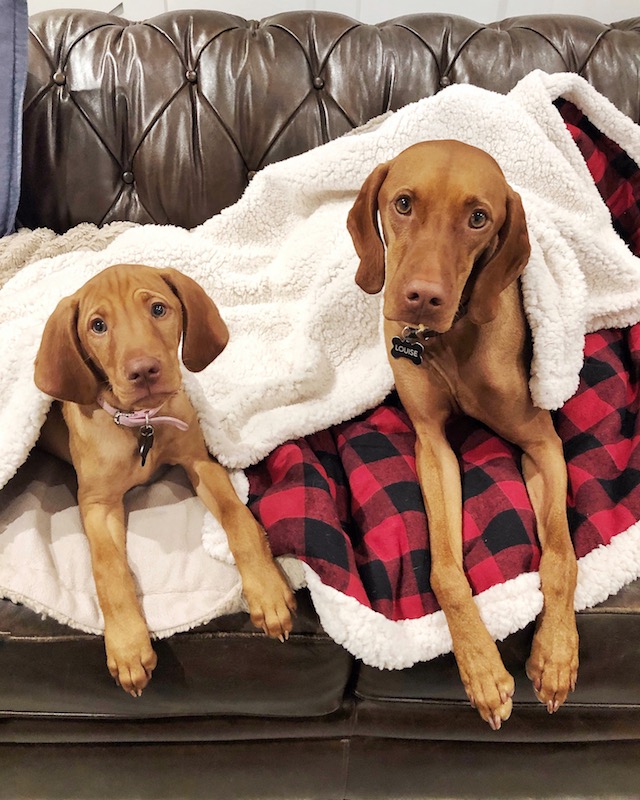 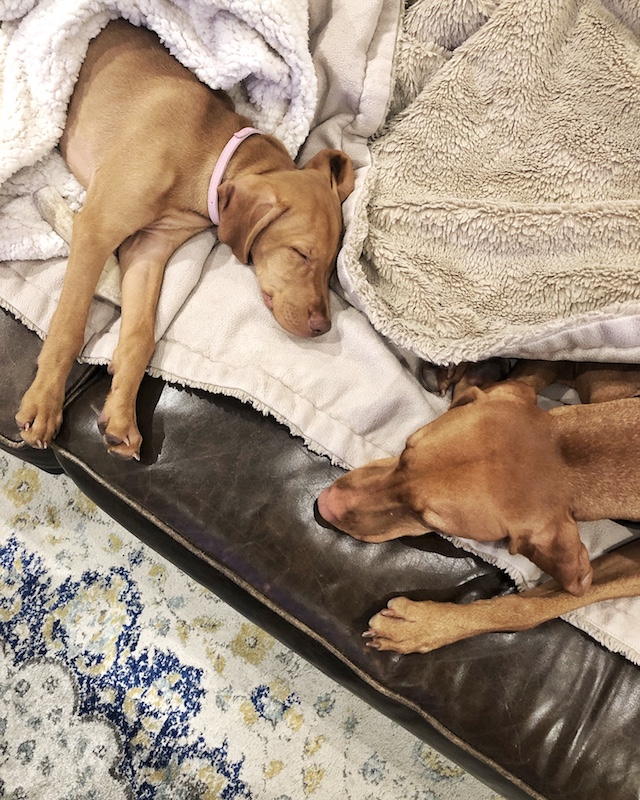 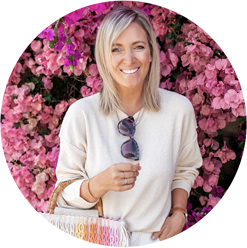