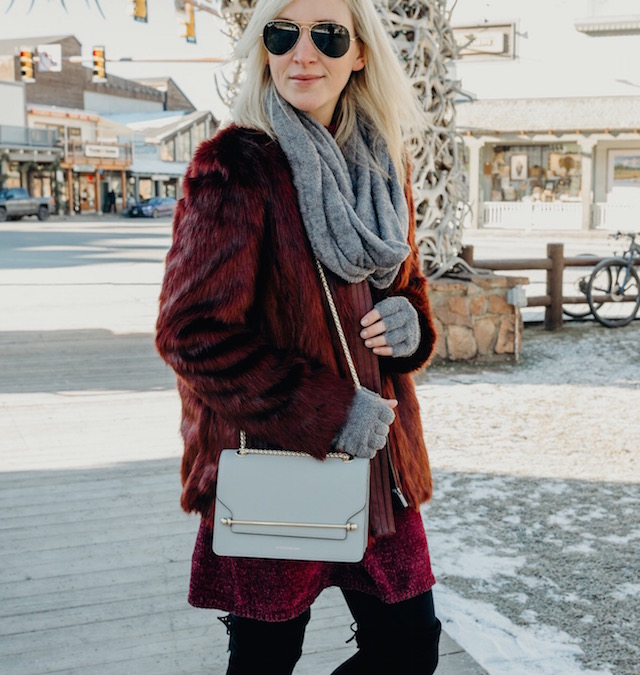 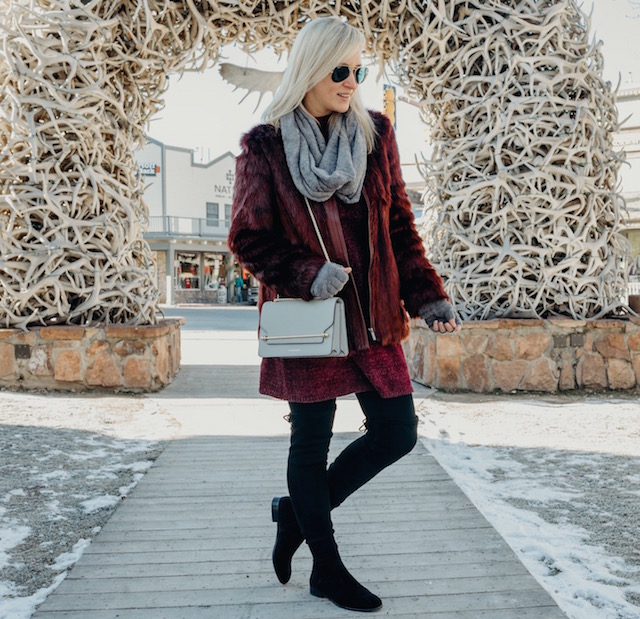 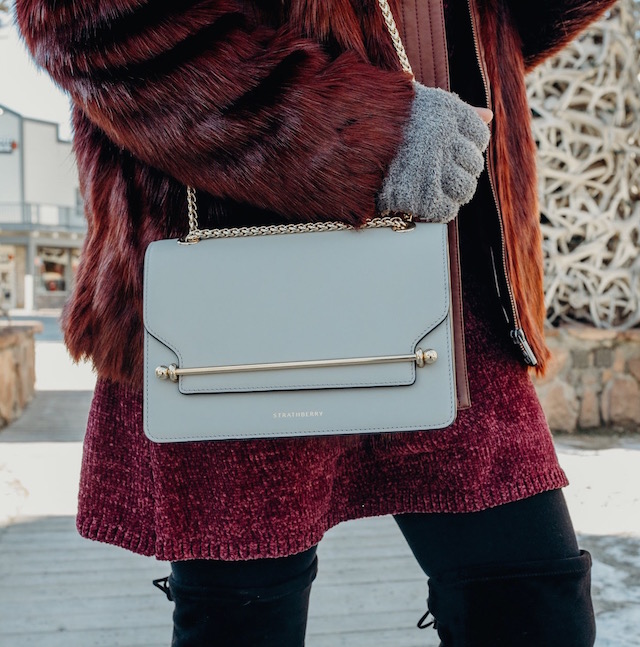 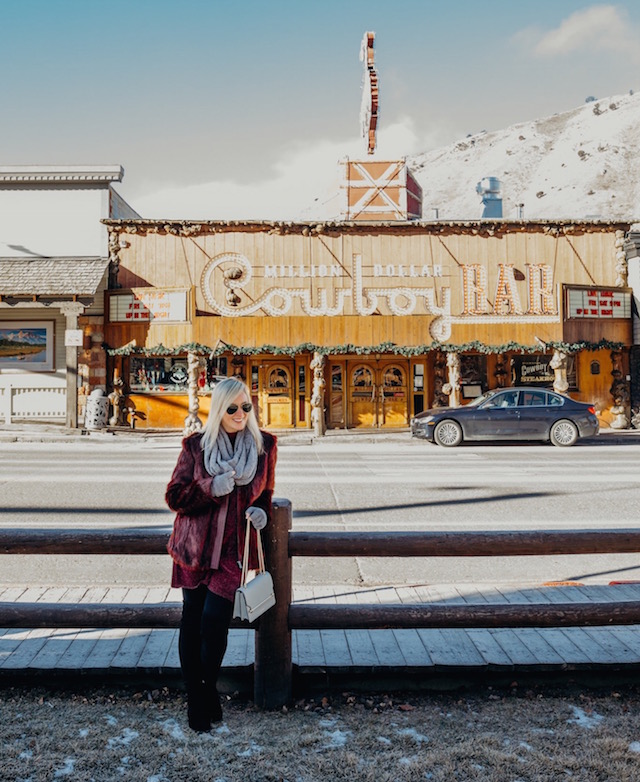 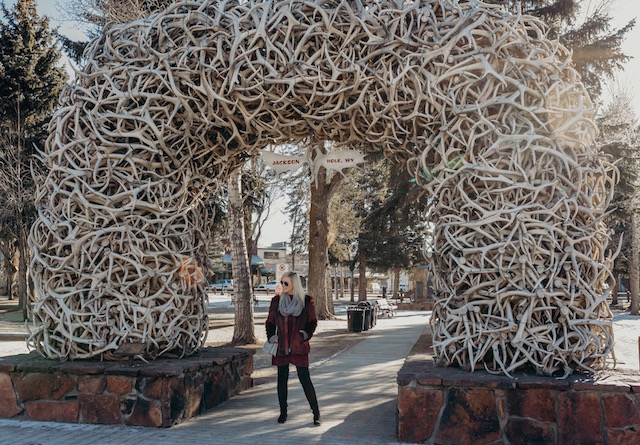 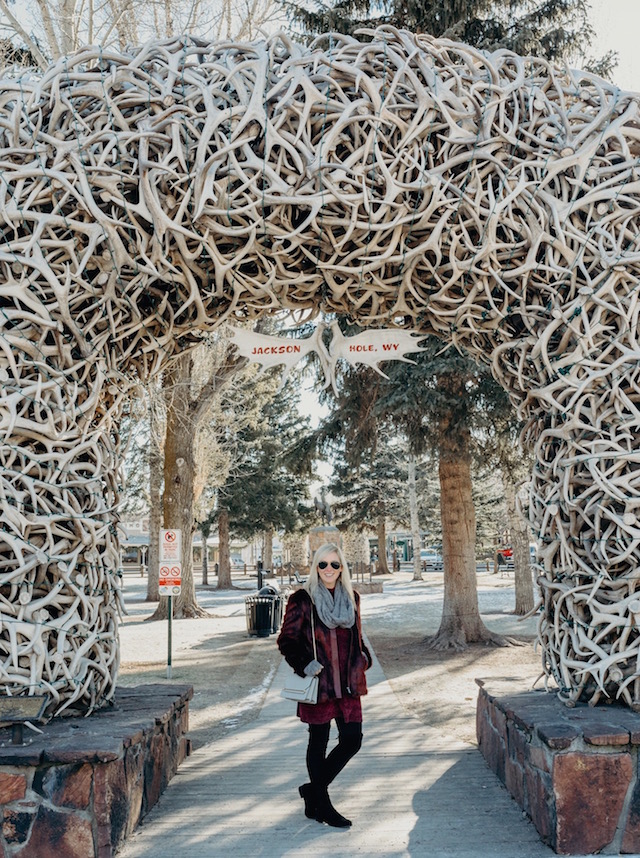 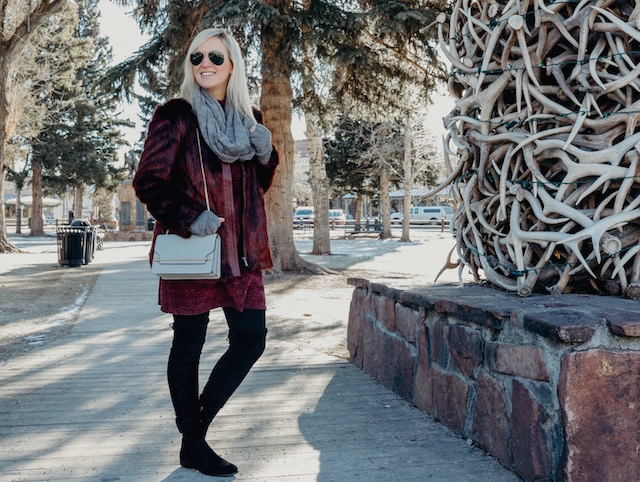 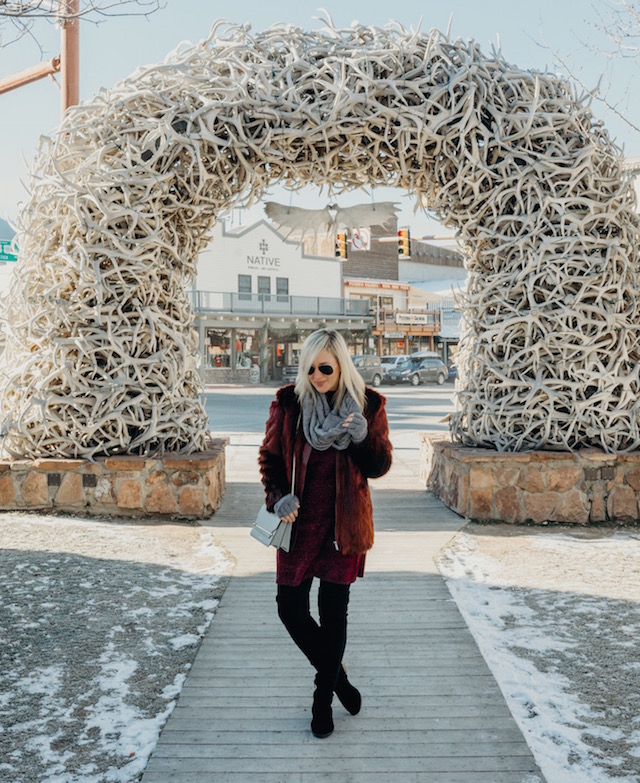 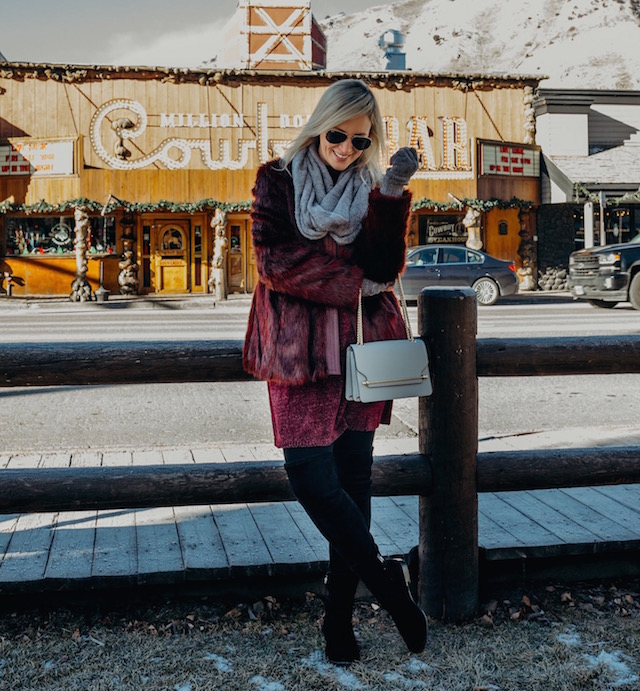 Ever took a trip you loved so much that you changed your departing flight to give you just a few more hours and one more breakfast there?  Today I’m excited to share more from our trip to Jackson Hole, Wyoming that we took just about a month ago.  This post has been a couple of weeks in the works, but I feel like it’s been planned for years.  As I mentioned back here, Jackson Hole had been a bucket list destination of mine for a while, so when Eric and a friend of ours got to dreaming up a trip, I immediately hopped on board.  As did a second friend, so tickets were booked and we were off.

So many people have asked Why Jackson Hole? and What did you do there? Where did you stay?  If you’ve ever been, then you already know the Why – because it’s amazing.  What did we do?  Mainly, we roamed.  (Our hotel was perfect walking distance from everything.)  We went in all the shops around the town square, walked down all the cozy side streets, checked out the art, found a random bridge over the prettiest creek, and ate ALL of the chili.  Below, a few of our favorite spots from the trip.

The Penthouse at the White Buffalo Club – Just typing that feels bougie AF, but hear me out.  There were four of us – Eric and I plus two guy friends – and the week we visited was one week shy of Jackson Hole’s high season.  (AKA, more popular, more expensive season.)  For those reasons, it was actually really affordable and SO perfect for our group.  There were three bedrooms, each with its own full bathroom, along with a kitchen, dining room, full media room, and an outdoor jacuzzi space on the roof, so everyone had their own personal space along with a ton of common space to hang out.  In general, you’ll want to be out and about, exploring Jackson Hole, but some nights it was a whopping 9 degrees out so yeah, we appreciated being able to hang at “home” sometimes.  When we do make our way back to Jackson Hole, we will most likely be parking it right back here.  (And will most likely try out the restaurant then.)

Million Dollar Cowboy Bar – This place is just a staple in Jackson.  When I told people we were going, anyone who had been before told us we had to stop in here.  And truth be told, on our first night, we dropped our bags at the White Buffalo and headed to the Million Dollar Cowboy Bar to grab a drink.  In a serious It’s a Small World moment, we ran into a friend of a friend from Newport Beach who hooked us up with tickets to the Snocross races that were in town.  Ever get to stand in the (imported) snow and watch snowmobiles race?  Well, now I can say that I have, and we enjoyed it so much that we watched two nights in a row.  But back to the bar – there’s live music and barstools that are actually saddles and some pretty good fried pickles to boot (pun intended).  We found ourselves stopping in here multiple times.

Breakfast at Cafe Genevieve – This one I’m gonna say is one of my favorite breakfast places, like, ever.  When it’s 12 degrees out, you find yourself really appreciating a good home-cooked meal, and Cafe Genevieve did not disappoint.  It was the coziest little spot with what seemed like a Southern flair to me.  I had the Grits & Eggs and we ordered biscuits and gravy for the table, so, you know, diet food.  Everyone was super pleased with their meals here.

The Silver Dollar Grill at the Wort Hotel – For me, this was my favorite spot for both lunch and the nightlife, and I think as a consensus, it was everyone’s favorite chili.  (I told you, we were basically chili-hopping.)  There were live bands a couple of the nights we were in town, and the food here was so, so good.  Anytime of day, you could stop in at The Wort and meet someone new to strike up a conversation with.  And so we did.

Breakfast and sweets at Persephone Bakery – Admittedly, I missed breakfast here because I was in the National Elk Refuge at the time shooting a few photos, but the guys said it was great.  Plus, Eric (knowing my probable FOMO) brought back a smorgasbord of things for me to try, including a massive Rice Krispies treat that I snacked on for the entire trip.  (It was the holidays and vacation after all.)  The next time we’re in Jackson, I’m definitely making it here to peruse the treats myself.

Snake River Brewing – This local brewery was another favorite of ours because it was such a cool place to hang.  The boys tasted flights of beers while I had a soft pretzel as big as my head and an H2OMG Ale, all while thawing our bones next to a wood-burning fire.  (The fire spot was so key.)  Once you’ve thawed, bundle back up again and hit the vertical farm that’s across the street for an experience that’s both inspiring and slightly confusing.

Dinner or apps at Snake River Grill – On our last night in town, we had reservations at Local, but our server at Cafe Genevieve told us that we just had to check out Snake River Grill.  So we decided to pop in for appetizers before dinner because that’s what you do when you’re on an eating tour and apparently really trying to pack it on for the holidays.  I kid.  Sort of.  This place is cozy and nice, and the food was delicious.  I think we were all pretty sad that we actually had to leave and go to dinner.  The next time we are in town, we are for sure having dinner here.

Dinner and drinks at Local – Although we were sad to leave Snake River Grill, we really enjoyed our dinner at local.  They’re known for their local steaks and such (which is why we went), and I was in it to win it with the list of sides – gimme all the truffled mac and cheese.  Local also has really good craft cocktails.  I had a favorite drink there, but unfortunately it’s no longer on their menu and I can’t for the life of me remember the name.  So that’s helpful, Nikki, but in general, you can’t go wrong.

Overall, this was one of my favorite trips that I’ve taken, and there’s no hesitation when we say that we will be going back.  And soon.  The people, the food, the amazing scenery – there’s nothing not to love about Jackson Hole, except maybe for the freezing temps (which honestly I didn’t even mind).  Which is why now we just have to go back in the summer, right?

Photos thanks to Erin Wheat